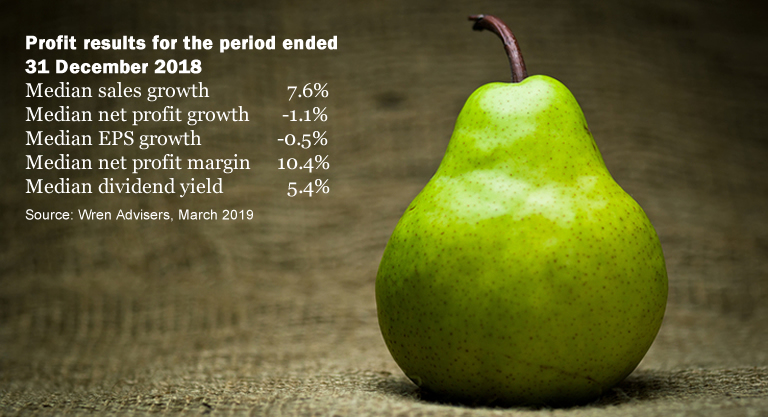 The first-half profit reporting season has now ended and the numbers suggest that many businesses are doing it tough. For the 310 companies in our database, net profits were down 1.1 per cent on a year ago, the first negative number since 2009, earnings per share fell 0.5 per cent and profit margins among industrial companies were the lowest since 2008.

On the plus side, sales growth averaged 7.6 per cent which is a creditable result given the challenging environment facing retailers, agricultural industries and property related stocks. The number of loss-making companies was similar to last year which suggests that we’re probably witnessing a downturn rather than a collapse.

The other notable trend was the frantic rush to pay higher dividends prior to a possible Labor Party victory in the upcoming Federal Election. More than half the companies in our sample lifted dividends by more than the increase in their earnings. This took payout ratios to their second highest level since the GFC. 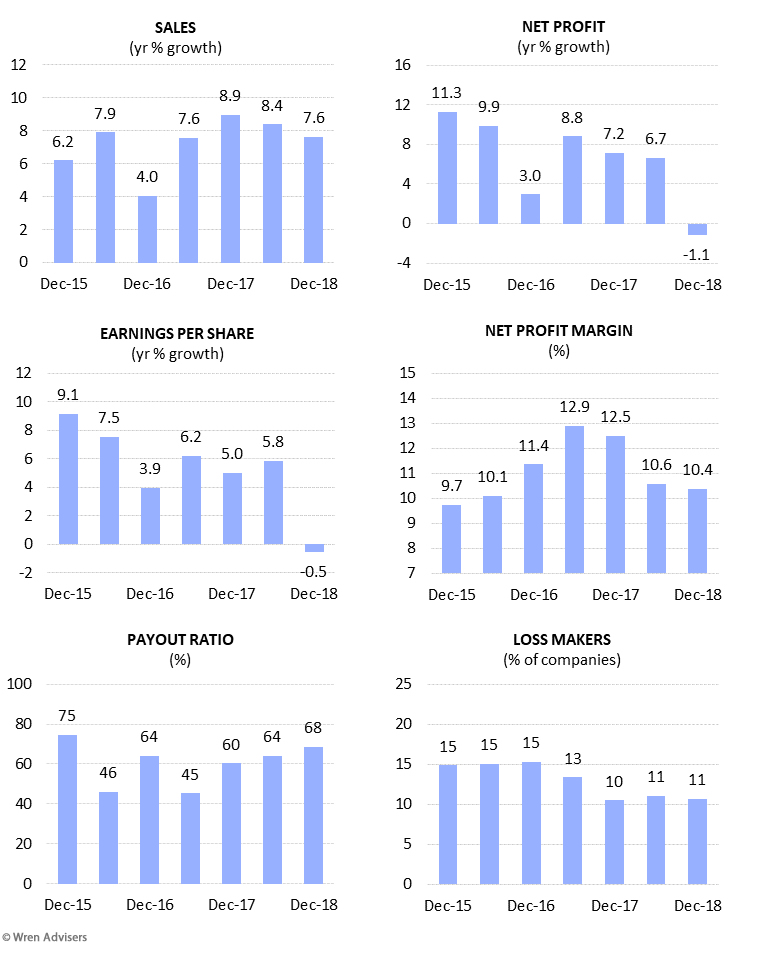 The board commentaries were also subdued with most describing the outlook as challenging or flat and reiterating their focus on reducing costs. This might become a more pressing issue if capital city property prices continue to fall. Reserve Bank (RBA) research suggests that housing wealth is strongly correlated to discretionary consumer spending on motor vehicles, furnishings, clothes, recreation, transport and hospitality.